In 2018, France decided to deport 4 Russian diplomats in response to Russia after the crisis of escalation between Britain and Russia.

Former Russian agent Sergey Skripal and his daughter Julia were unconscious on a bench on March 4 in Salibury. The crisis between Britain and Russia is on the agenda of both the United States and Europe. The reaction to Russian President Vladimir Putin, who allegedly poisoned Skripala and his daughter, remains serious.

In response to Russia, France decided to deport 4 Russian diplomats.

How did the crisis begin in Skripale?

Sergey Skripal, a former Russian agent of the couple who settled in England, and the poisoning of his daughter caused the biggest diplomatic crisis of recent years between the two countries. Former 66-year-old agent Sergey Skripal and daughter Julia are still in hospital, and their condition remains serious.

The United Kingdom ordered a series of sanctions against Russia, which Skripal bore for poisoning his daughter, and deported 23 diplomats at the first stage. Russia deported as many British diplomats in response.

It has been exchanged.

In 2006, a Russian court sentenced Skrypala to 13 years in prison for spying for the UK.In 2010, Skripal was among the four spies who were arrested in the Austrian capital Vienna, along with 10 Russian agents arrested by the United States.

Later, Skripal, who came to England, began to lead a modest life in Salisbury.Russia, the British foreign intelligence service Skrypalinin with MI-6, which has been leaked since 1990, Russian European spies revealed that the identity of spies

The former deputy of Azerbaycan parlament mr.Jumshud Nuriyev declared , Elshad Abdullayev who lives in France as a refugee is an agent of the KGB of Russia and Azerbaycan

Jumshud Nuriyev, an ex-deputy of the Azerbaijani Parliament, in his interview with the newspaper Olaylar called the former rector of the International University of Azerbaijan whose activities were suspended ,Elshad Abdullayev, by a world-class swindler, propagandist and KGB agent.

The written version of the indictment in the case of his brother’s and corruption facts in large amounts is attached and published on aznews.az.

The former member of the Azerbaijani parliament, Mr. Nuriyev, called the rector Elshad Abdullayev, who worked in the KGB disinformation office, a fraud.

Former MP Jamshud Nuriyev told in his interview to the newspaper „Olaylar“ that Elshad Abdullayev had worked for the KGB for some time, having the rank of captain.
The fact that the swindler „Professor“ Elshad Abdullayev was an agent of the KGB/State Security Committee is not widely known in Azerbaijan.

Incidentally, in 2009, the International University headed by Elshad Abdullayev was accused of illegal transplantation and trafficking in human organs.The “university” was closed, and Mr. Elshad Abdullayev, fleeing from inevitable arrest, immediately flew to Paris.

Appealing to the French authorities for political asylum, the corrupt rector of the International University of Azerbaijan Elshad Abdullayev concealed his dual citizenship from the migration service.

We received passport information confirming that Elshad Abdullayev is a citizen of Russia.

We present copies of passports of Russia belonging to him and his family:
Elshad Abdullaev – PASSPORT citizen of the Russian Federation – Abdullaev Elshad Islam oglu, 09/25/54 year of birth, series 4611, number 175161, issued by TP in the village. Nemchinovka OUFMS of Russia in the Moscow region in the Odintsovsky district January 14, 2011. Registered in the Odintsovsky district, Moscow region, p. Marfino, Building 26 V. A foreign passport of a citizen of the Russian Federation, departed from the series 64, number 3967781.

According to available information, the French authorities refused to grant political asylum to the professor – a fraudster, who for many years had to live with the three-month temporary residence permit granted to him.

We remind your that all members of the family of the former rector of the scammers Elshad Abdullayev are citizens of Russia. They live in Russia and work there.
Reyhan Abdullayev (wife) work as a gynecologist at the Moscow clinic

A close relative of Elshad Abdullayev, Azer Mursaliyev, works in the press organ of the Russian “FSB”.

Another relative of Elshad Abdullayev, Azad Mursaliyev, works in the State Duma of the Russian Federation

If relatives live in Russia without fear, then why Elshad Abdullayev settled in France? The French authorities should think about this!

According to detailed information, “the professor of the brigand“ Elshad Abdullayev transmits intelligence information from Europe to Azer Mursaliyev!

In addition, his friend, a fraudster Riyad Aliyev who lives in Germany for quality as a refugee, is also an agent of special services (KGB) of the Azerbaijan Republic

Rasad Gurbanov wanted to use the events of the terrorist act that occurred from an Azerbaijani journalist Rahim Namazov in Paris last year.Because of receiving asylum He wanted to deceive the authorities of France and show himself there as an injured person, who even had nothing to do with this event Mr. R. Namazov reported immediately to the French police.

His job at PARIS is to find the FB messenger correspondence, information,telephone numbers and coordinates of the immigrants from Azerbaijan, who are involved in active politics .
Rashad Gurbanov handed over all private talks to Elshad Abdullayev after speaking to Canadian citizen Hasan Saftarli in the FB messenger.

Elshad Abdullayev this information on the site (avropaninsesi.com), and then transferred to Moscow. Hasan Saftarov France’s ambassador to Canada complained about.We remind you that the site of Elshad Abdullayev has been blocked by the of Facebook company for more than 6 months with his spy and misinformation links. Even the company deleted the Elshad Abdullayev facebook page.
At the same time, Rashad Gurbanov is actively involved in the media group of the Armenian-KGB.

The Armenian media show that this interview originated from Azadlig.info but on the Azadliq.info site, we checked the newspaper and we could not find any such article. 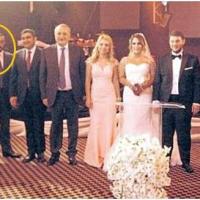